The Aeneid by Virgil

Aeneid can never be mentioned without the mention of the theme of conflict and violence; the theme is a centerpiece in the creation of the narrative of the epic poem. We see violence and conflict right from the start of the poem to the end. The extensive use of conflict and violence throughout the body of the poem resonates with the saying that peace and liberation can only be achieved through violence and conflict. Aeneas who was destined to become an ancestor to the Roman community had to pay a hefty price to attain the title. The price was meted to him in the form of conflict and violence he encounters throughout his journey. He faces violence from both gods and men. The theme creates a picture to the reader that the unity of the Roman community was founded through violence and conflict, and that members of the community must always keep measures that would ensure that unity of the community is maintained.

Violence and conflict resonates with the Aenied in that we see the theme right from the start of the poem. The use of the theme at the start of the poem paints a picture that violence is the only means to conquest and survival. Aeneas journey to Italy from Troy is itself caused by a conflict that ensues after Greeks attack Troy. This violence that occurs at the start of the poem is very significant in creation of the narrative of the poem. Since Aeneas is destined to become the father of the Romans in Italy, it was essential to have a spark to his journey from Troy to Italy. The spark happens to be the conflict and violence that ensues when Greeks attack Troy. The use of conflict to spark Aeneas journey from Troy to Italy shows the high importance of the theme of conflict and violence in the story. It shows that the only way that Aeneas could become the founder of the Roman community was through violence, and that he had to be prepared for more conflicts and violence through his journey. Were it not for the violence that erupts at the start of the poem; Aeneas journey towards becoming the father of the Roman community would not have been sparked off. The voyage to Italy only ignited after the destruction of Troy through an invasion of the Greeks (Moschovakis 2012).

In book II, Aeneas recounts to Dido that the massive destruction to Troy happens when the Greeks attack. Nevertheless, Aeneas despite seeing that he and his men have been defeated, he continues to mobilize his men to defend the city lost in flame.' He tells his men, let us die, we ll make a rush into the thick of it. This event that happens just in the beginning of the poem shows the high importance of the theme of conflict in the Aeneid. Even though Aeneas and his men are defeated, they choose to go on fighting for their country. This event shows how conflict begets conflict. Even though Aeneas has lost the battle, he chooses to press on fighting in defense of his country. The event creates a picture to reader of the importance of conflict in the poem; conventionally, the vanquished are supposed to flee from the battle field or show a sign of surrender, however, this never happens to Aeneas and his men. It creates the impression that Aeneas should continue fighting if he is to win a country and heritage for his descendants, the Romans (Moschovakis 2012).

Violence continues to present itself in Aeneas journey. When Aeneas, decides to leave Dido, with whom he shortly falls in love, Dido kills herself in a very violent manner, by sticking a dagger into her belly. The violent nature in which Dido commits suicide is an indicator of the position of violence in the Aeneid. Nevertheless, Dido's violent suicide is a mirror to the role played by conflict into the narrative of the Aeneid. To begin with, Dido commits the violent suicide as a measure to relieve and liberate herself from the pain she feels after her lover departs. This is a significant picture of the role that violence is to play in the story. It is a gesture that the only way to attain liberation is through violence (Rogerson 2013). Dido could have chosen less painful ways of committing suicide, instead she opts for the most violent way to commit suicide. The event creates a picture of the violence that Aeneas must endure before he attains liberation for himself and his subsequent community, the Romans. Nevertheless, Dido's death is used as a tool to create more violence in Aeneas journey. As she dies, Dido says words that are supposed to make her society view Aeneas with more spite. She says, “Then O my Tyrians, besiege with hate his progeny and his entire race to come.” Her last words are meant to show the conflict and violence that Aeneas is destined to face in the day to come. Dido uses violence to terminate her own life and at the same time creates another form of conflict. Therefore, the violent events keeps the narrative of the poem flowing. This shows the high importance of violence in the creation of the narrative of the poem. At the same time, it creates a premonition of the violent events that Aeneas must encounter to attain liberalization for himself and his community to come. Dido's people on hearing the words of their queen before she dies enrages them, there is only one avenue to channel their spite and hate, the departed Trojans. This creates a picture of the potential violence that lies waiting as the events of the poem unfold. Dido's last words resonate with future conflicts between Carthage and Rome (Moschovakis 2012).

Nevertheless, the masterpiece of the theme of conflict and violence unfolds when Aeneas arrives at Latium. It is when violence fostered from the beginning of poem shows up. After Aeneas leads his people to settling at Latium, he begins to date Lavinia, who is the daughter Latinus, the king of Latium. Juno is not pleased with the king's daughter being dated by a foreigner; he seeks every means to bring conflict and violence against Aeneas. She persuades the queen that Lavinia has to be married to Turnus who is the ruler of the local people. On seeing the amount of violence that has been stirred against him, Aeneas has no choice but to seek for his violent ways of tackling the conflict mounting against him (Saeedi 2009). This happens despite Aeneas having not been prepared about the idea of violence against that Latium people. Aeneas turns to the Tuscans who were enemies of Turnus, the Ratuli. Pallas, who was the son of the King Arcadia, agrees to lead troops against the Italians. Unfortunately, as Aeneas goes on errands to amass support, the Trojan camp is attacked by the Italians. The attack leads to the death of Nisus and Eurylus. However, the Trojans continue to fight and to defend their territory against the invasion of the Italians. This event shows the extent of violence that Aeneas and his men will have to endure to attain liberalization (Rogerson 2013).

The unfolding battle between the Italians and Aeneas men is very intense; it leads to the loss of many lives from both sides of the conflict. However, the conflict is remarkably fueled by the killing of Pallas by Turnus. The killing of Pallas who was the major leader of troops in Aeneas side puts the entire battle between Aeneas and Turnus. Aeneas appears as the most superior in the battle and momentarily overpowers Turnus. However, Turnus diviner sister Juturna is able to break the truce between the two. Aeneas is injured in the conflict. Unsatisfied by Italians dominance of Latium, Aeneas chooses to strike again, this time more ferociously. The queen of Latium is devastated and frustrated by the latter attack that she opts to end her life through hanging her self (Saeedi 2009). The event reinstates the notion that the only way to liberation and happiness in the poem is violence. The battle melts down to a single-handed combat between Aeneas and Turnus. Turnus strength deserts him and he is pierced by Aeneas spear as he tries to hurl a rock. Seeing that he is overpowered, Turnus begins to beg for mercy from Aeneas, however, the epic ends with Aeneas killing Turnus mercilessly on realizing he was wearing Pallas belt as a trophy. Aeneas resolves into violence despite him being a proponent of violence. The fact that the epic starts and ends with acts of violence shows the high importance accorded to violence throughout the body of the epic. It creates a notion that the only way to liberalization is violence and total vanquishing of the opponent (Brannon 2010).

In conclusion, it is evident that the theme of conflict and violence and conflict is a centerpiece in creation of the narrative of the Aeneid epic. The epic starts with conflict and violence when the Greeks invade Troy, the ensuing conflict fuels Aeneas voyage towards Italy. The epic also ends with an act of violence when Aeneas mercilessly murders Turnus in retaliation for the murder of his friend Pallas. The importance of the theme is also reinstated when we see conflict begetting conflict throughout the body of the epic. For instance, Dido's violent suicide begets more violence when she encourages her people, the Tyrians, to develop more rage and spite against Aeneas people. Violent resonates throughout the story in events such as the violent suicide of the queen of Latium. In the end, Aeneas is able to attain liberalization for his people through defeating Turnus and murdering Turnus. Aeneas is forced to mercilessly kill Turnus, despite Turnus pleas for mercy this happens despite Aeneas having been known as a non-violent person. Therefore, violence is portrayed as a centerpiece is creation of the epic's narrative.

Brannon, Rob. "Founding fathers: An ethnic and gender study of the Iliadic Aeneid." (2010). 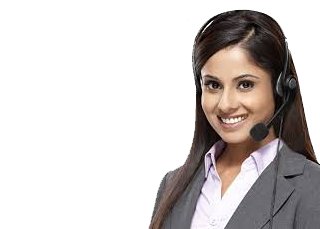